New construction of a 20" steel pipeline that needed to be Horizontal Directional Drilled under a paved road. The topography at this location would not allow for a traditional HDD to be completed because of the steep terrain and limited workspace within the right of way. There were also environmental concern because of a creek about 250’ past the proposed exit. To mitigate the environmental concerns the ClearPath Team proposed a plan that would allow us to drill by only using fresh water. The small workspace would be handled by lowering the pipe through the bore hole instead of pulling the pipe like a typical HDD.

ClearPath set the drill at the top of the hill at a -32.5% and drilled down to the PI where containment was built to catch cutting and the fresh water. From this containment the cuttings and fresh water were hauled off site and disposed. Once the pilot hole was completed the bore hole was upsized in steps to match the pipeline being installed. After the final ream pass was completed the drill was moved from the entry and a crane was put in its place at the top of the hill. The pipe was then welded in 80’ sections and lowered through the borehole from the top down. This unique process worked very well and the environmental issues we alleviated. 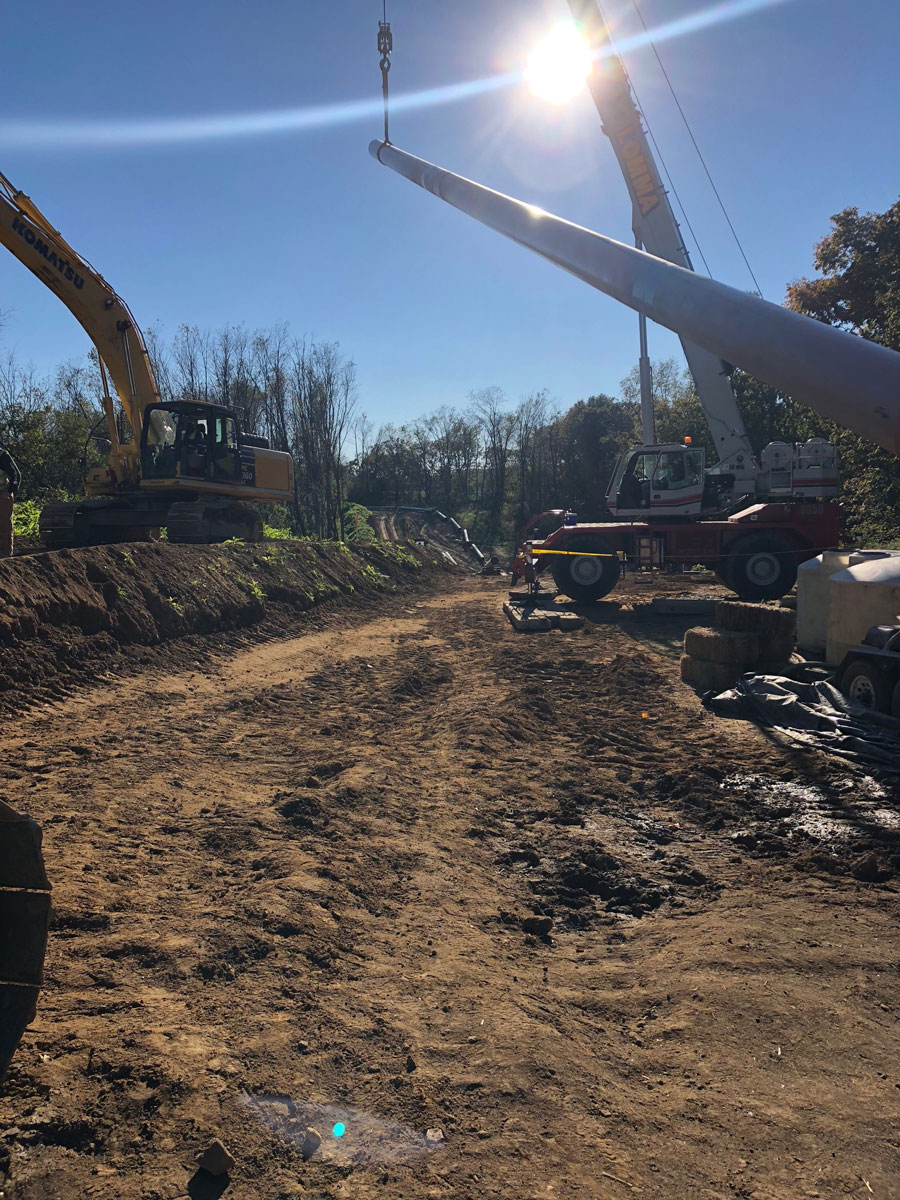 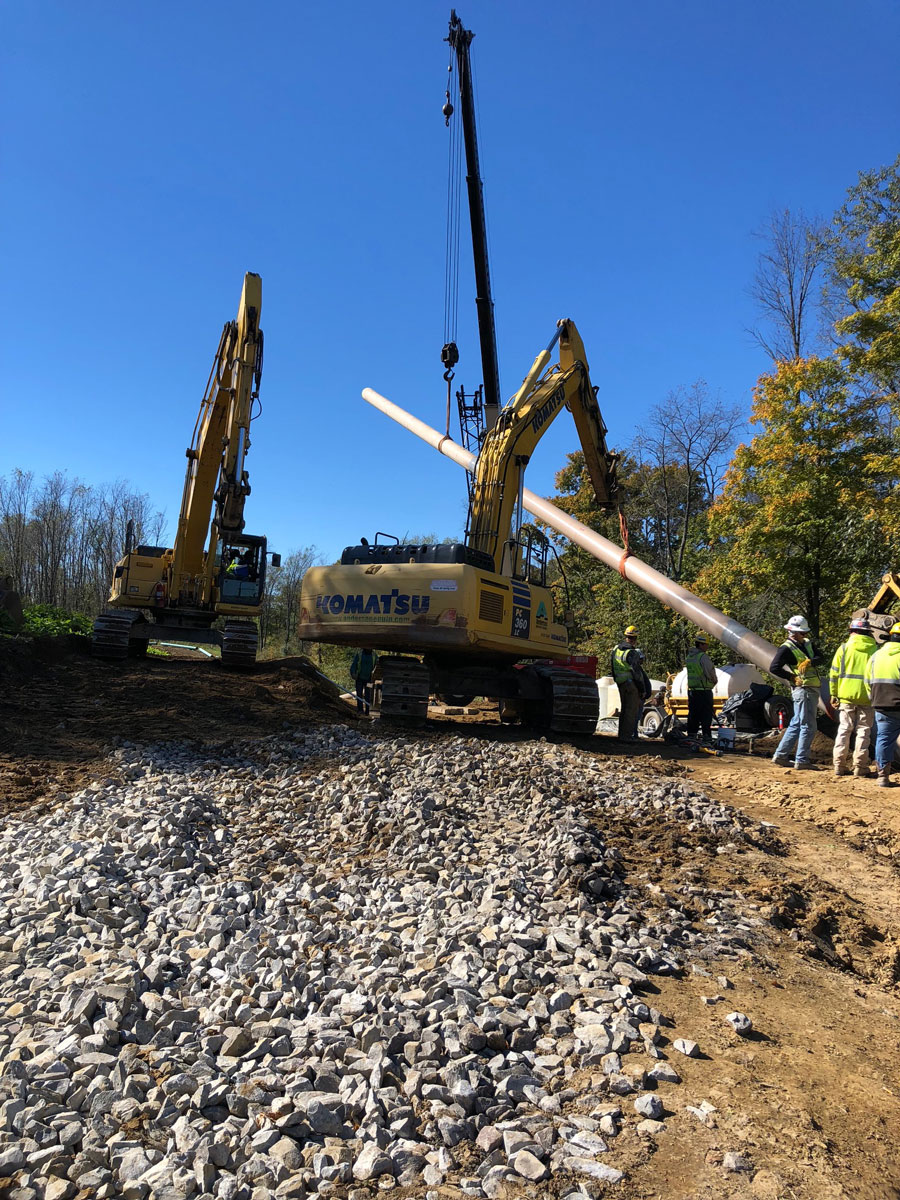 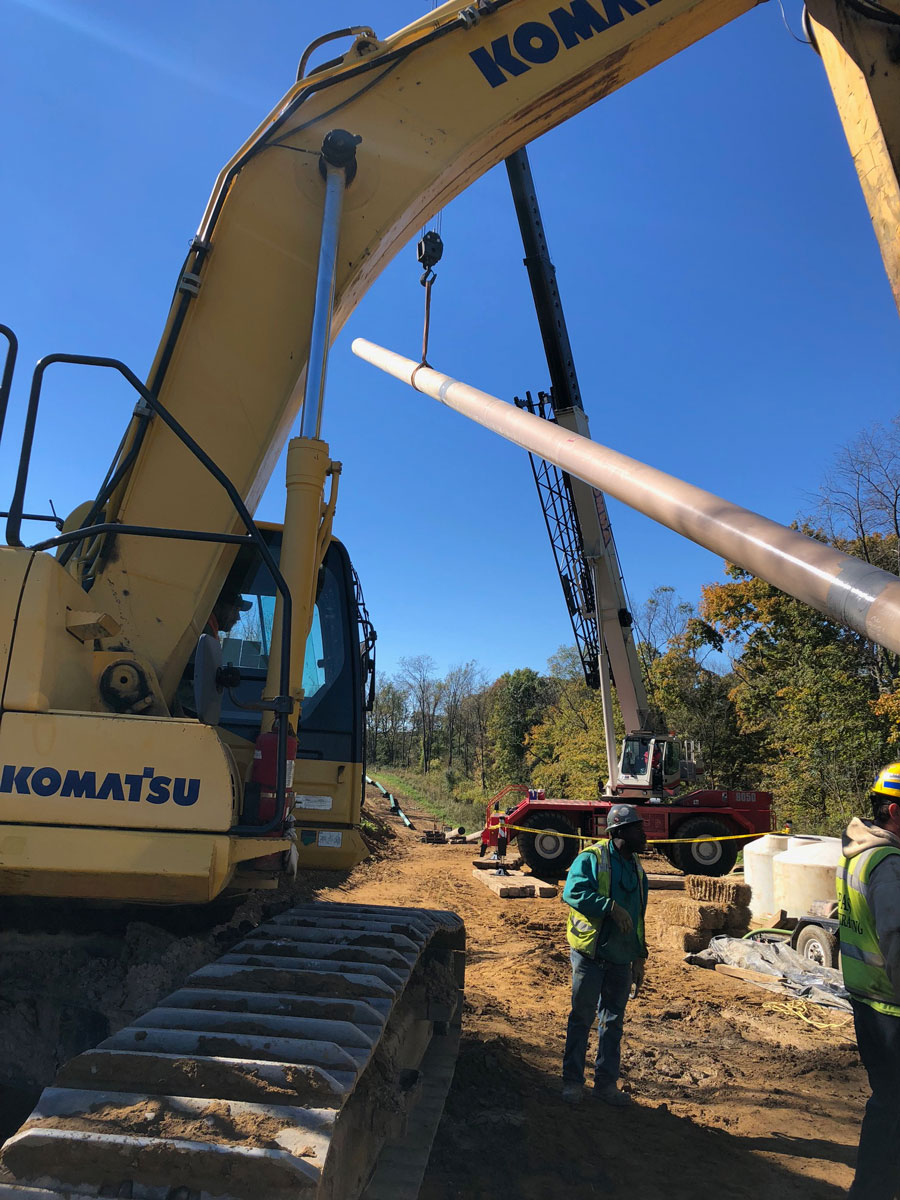 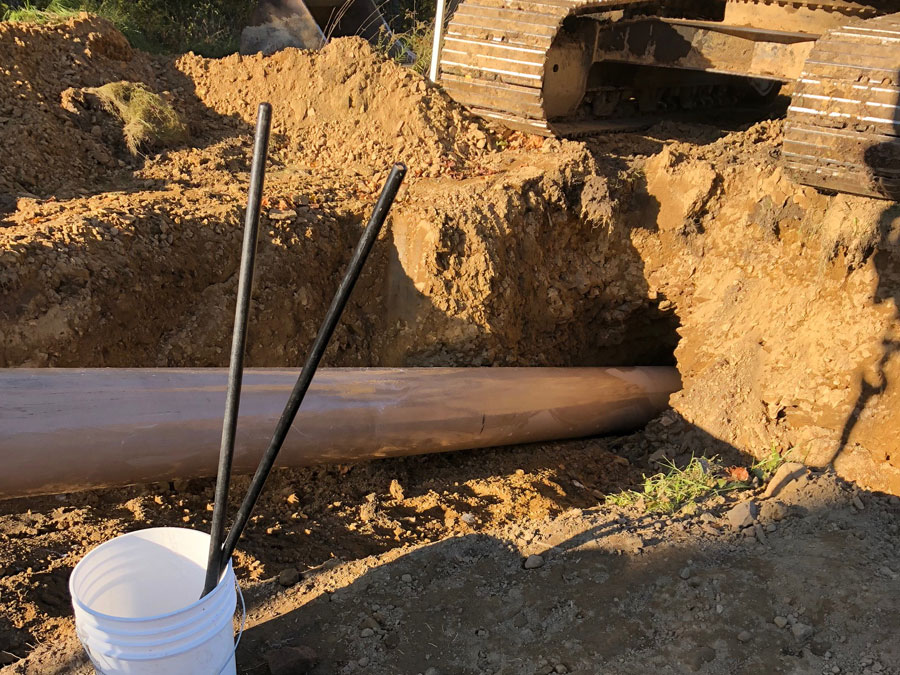 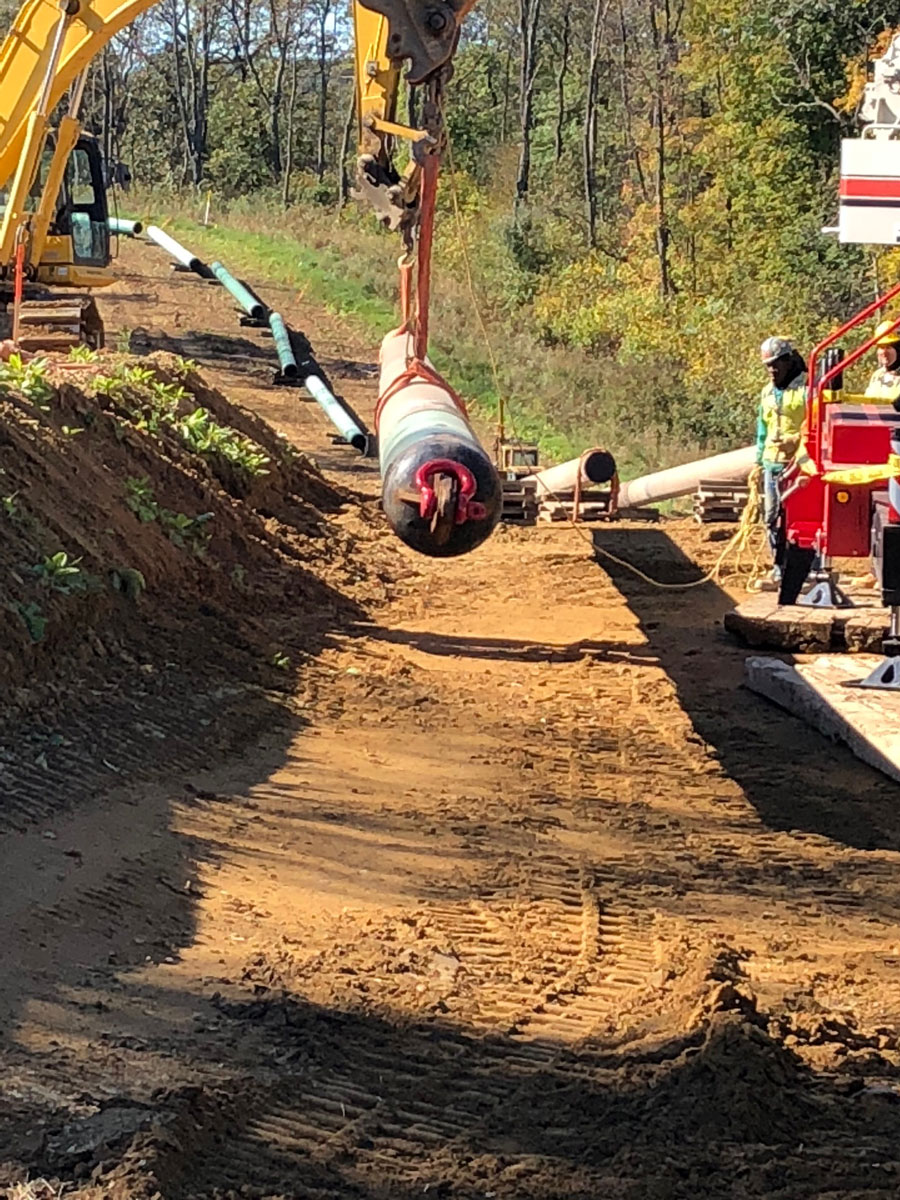 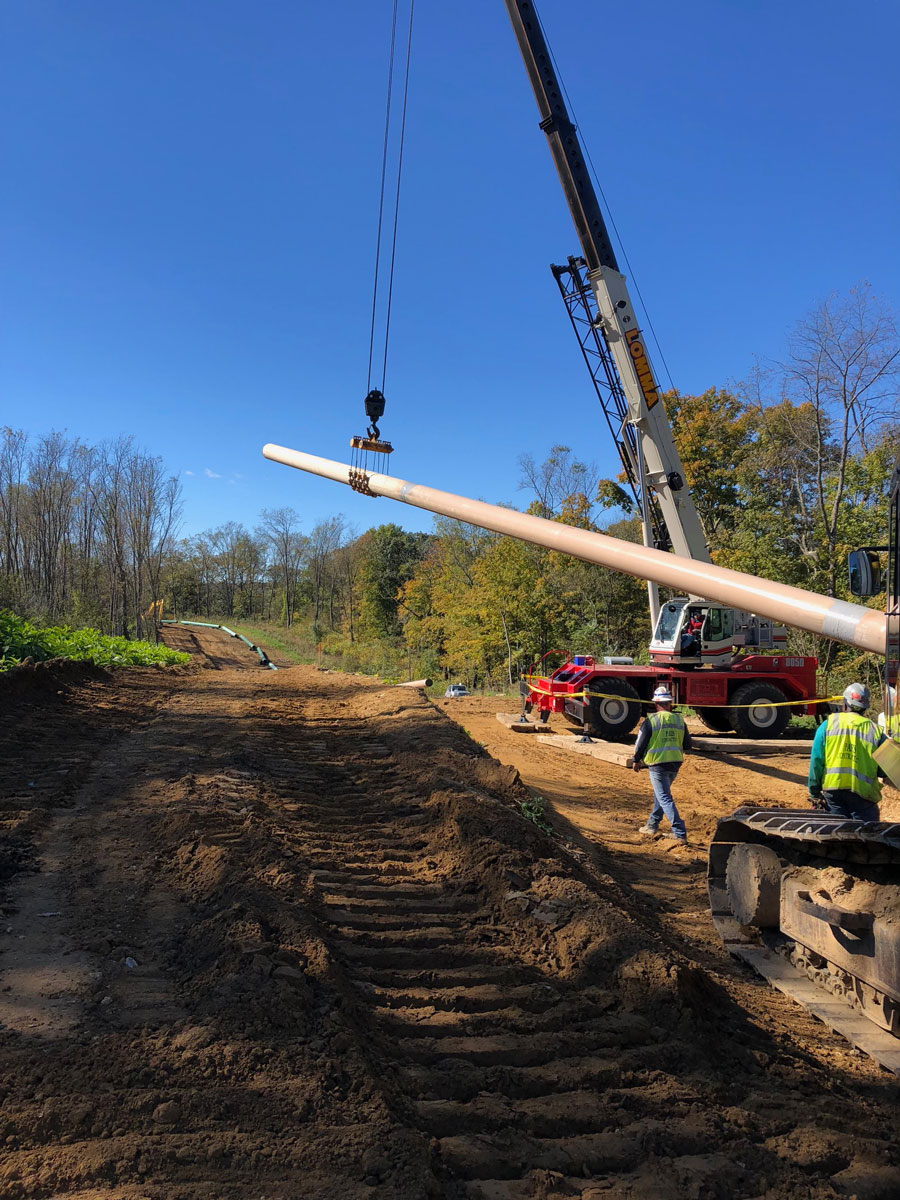 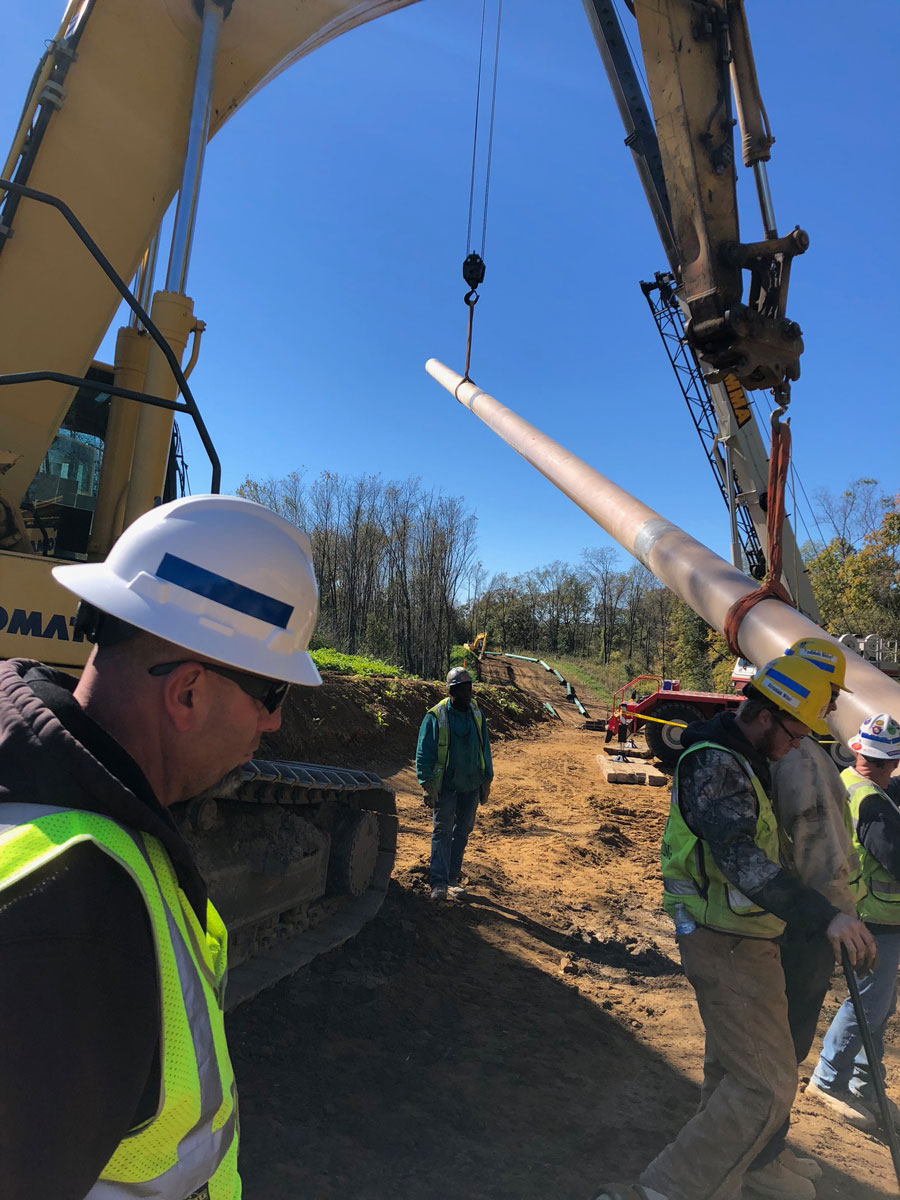 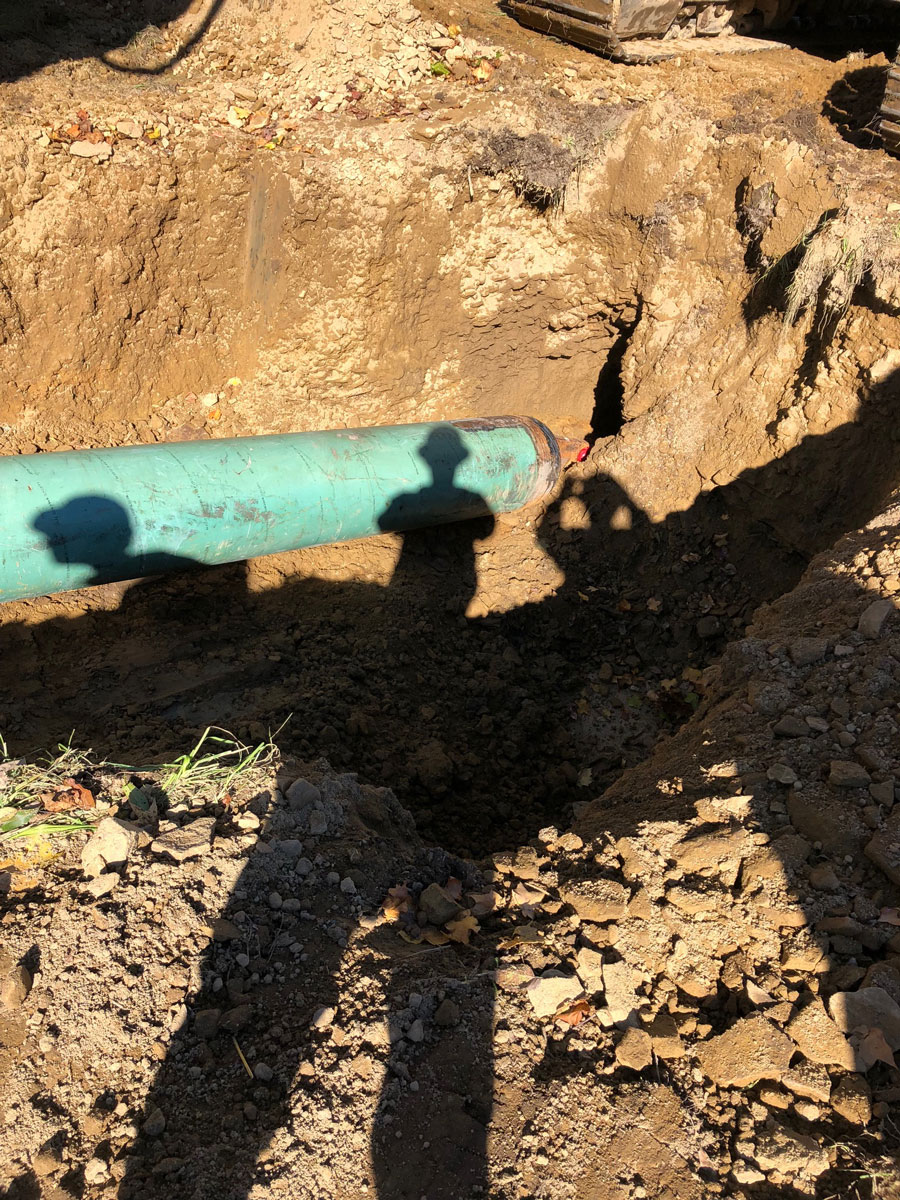 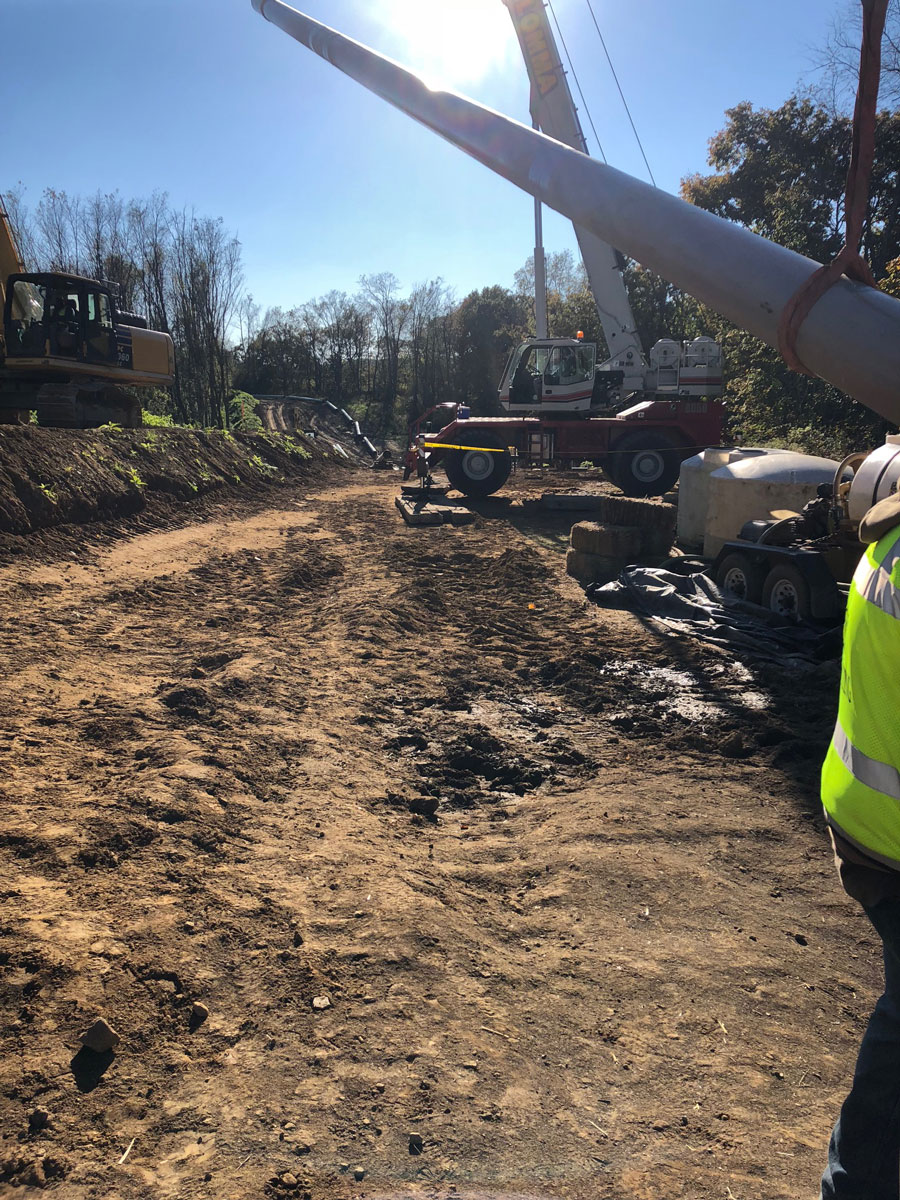